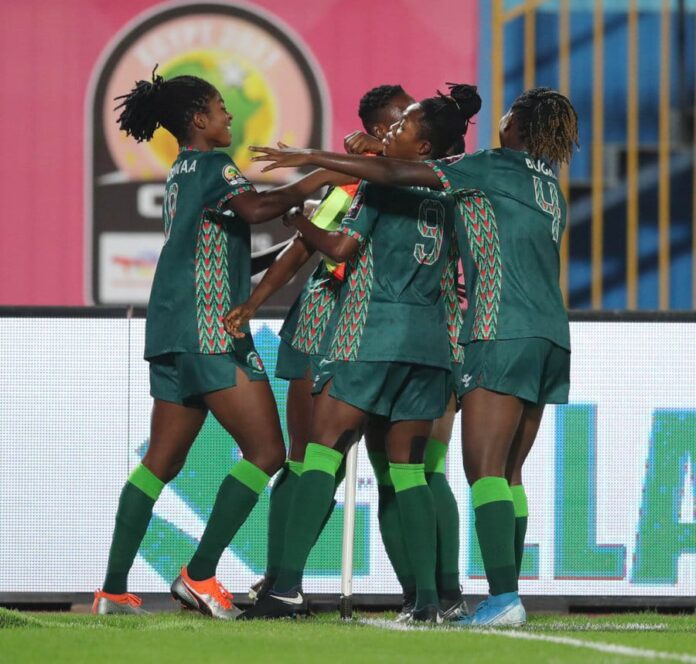 Ghana’s Women’s League champions, Hasaacas Ladies, will continue their campaign the inaugural CAF Women’s Champions League in far away Cairo, Egypt with a clash against Egyptian side Wadi Degla.

Brace from Evelyn Badu and a goal from Perpetual Agyekum ensured the giants from the Western side of Ghana continued their impressive run in the tournament.
The Ghanaians became the first side to reach the semifinals as they continue their fairy-tale dream of being the first ever African women’s club champions.

The Egyptians on the other hand, won their first game by beating AS Mandé by three goals to one.
Unfortunately, Wadi Degla lost their second game against Malabo Kings from Equatorial Guinea by three unanswered goals.

Wadi Degla will have to move forward from that shock and secure a win against Hasaacas in case they need to revive their qualification hopes. It’s a tough mission against a side that proved toughness in their first two games.
Hasaacas Ladies lies first on top of the table with six points scoring six and conceding just a goal whiles Wadi Degla is third with three points having scored three and conceding four.

PLAYERS TO WATCH
Evelyn Badu: Badu looks more agile than her frame might suggest and also lethal in front of goal. She already has two consecutive brace from two games in the competition.
Evelyn has the ability to take players on and one of the key players Yusif Basigi will look up to get the team going.
[ INSERT – PIC OF EVELYN BADU]

Hayam AbdelHafez (Wadi Degla): The Egyptian forward is one of the dangerous players in the Wadu Degla set up. She quick feet is one that possess threat ti opponents. She was brought down in tge penalty box in the opening game against AS Mandé which opened the way for the first goal of the tournament to be scored.
Her performance on the day ensured she went home with MVP on the day.