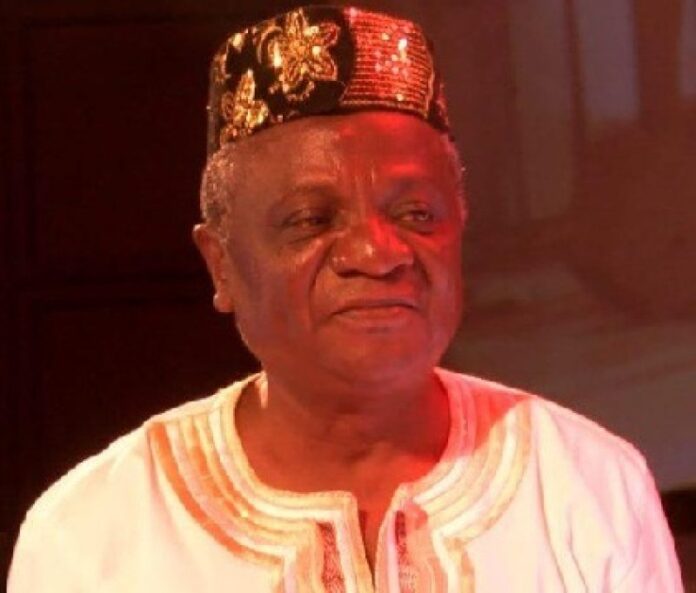 The Director of Communications at the Presidency, Eugene Arhin, has confirmed that government will assist to organize a state burial for the legendary highlife musician, Nana Ampadu.

Making the announcement in a press briefing on November 11, Eugene Arhin stated that the decision was taken to honour the legacy and contribution of Nana Ampadu to the growth and development of Ghanaian music.

Meanwhile, the government is yet to formally communicate its intentions to the family of the late singer.

According to Mr Arhin, further details concerning the burial will be communicated to the public after the meeting with the family.

Nana Ampadu died on the 28th of September after a short illness.

Nana Ampadu is a pioneer in the Ghana Music Industry and helped establish the Ghanaian Genre HighLife. He is considered the king of Ghana Music and regarded as the Ghanaian artiste with the most albums in the history of Ghana Music.Nana Kwame Ampadu was born on March 31 1945 at OBO – Kwahu in the Eastern Region of Ghana.He has over 800 songs to his credit and has mentored a lot of Musicians in Ghana. He was the founder of the African Brothers Band in 1963 together with Eddie Donkor.

He shot into prominence in 1967 with his ‘Ebi te yie’ (some are living well) track which many said was politically motivated. The National Liberation Council consequently banned the song, it returned after the end of military rule.

The composer, guitarist, and singer in 1973 won a nationwide competition to be crowned the ‘Odwontofoohene‘,(Singer-in-Chief). He hails from Obo-Kwahu in the Eastern Region.