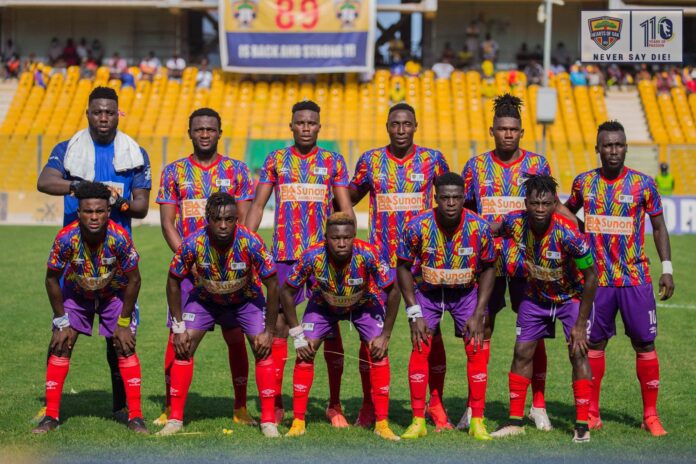 Hearts of Oak NCC Chairman, Herman Hesse has expressed his excitement over CAF’s approval of 10,000 supporters into the stadium for the CAF Confederation Cup play-off 1st leg between Hearts of Oak and Algerian side JS Saoura at the Accra Sports stadium on Sunday.

Supporters were restricted from entering the stadium due to the pandemic last season while only 2,000 spectators were approved for the clash between Hearts of Oak and Moroccan giants, Wydad Athletic Club.

According to Herman, the presence of the supporters will propel the players to give off their best on Sunday.

“10,000 is an improvement on what we experienced in the past. The supporters will influence the players performance to give a turn over.” he said.

Herman further explained that the supporters are a form of motivation for the players when in action.

“We are sure and optimistic that we are going to win”.