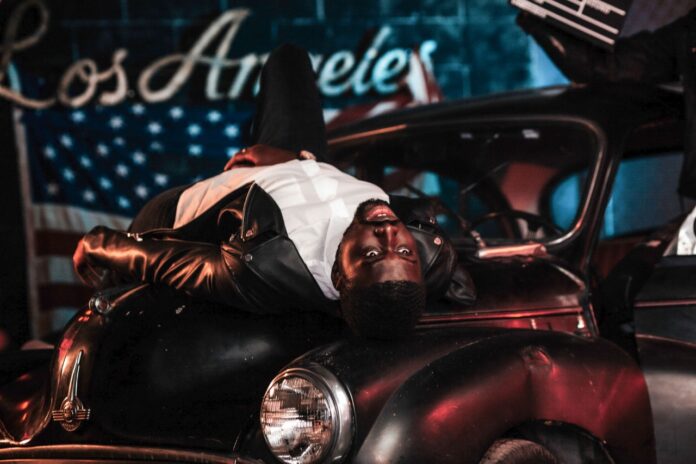 A well-done movie has a special way of capturing someone’s attention for a set period of time. It has the ability to take them away from their current reality and everything happening around them in order to show them a new world proposed by the filmmaker.

Brandon Washington is a writer, director, and filmmaker. For the last 9 years, he has been living a lifelong dream. As he prepares to debut his feature film, “Dream,” he recounts the journey that writing has taken him on so far. From writing for his school paper to running auditions out of his apartment in Washington D.C, his own life is quite the story of persistence and creativity.

Some people go their whole lives before finding their life calling or dream job. That was not the case for Brandon Washington. Born in Washington DC, he had already determined his career path by the time he was twelve years old. “I was always writing growing up, whether it was a real story or something that was in my head.” His writing earned him the nickname that he often goes by now, Writer Boy. He was such a prolific writer that by the time he was seventeen, he had already published his first book. By the time he was eighteen, he had produced his first film. By the time he was nineteen, he produced, “I Am Like Tiffany,”” a short film addressing the sad reality of women’s abuse. This film was a turning point in Washington’s career. “The response of people telling me I was their voice… and sharing my video with others, it was inspiring.”

He has come a long way since those days. At only twenty-six years old, he certainly has accomplished quite a bit in his career already. He noted that really the major difference of what he does now versus his beginning is the scale. “In the beginning, I had a little camcorder and I thought a thousand views on YouTube was killing it. People came to my building to audition. Now I’ve written commercials for Google, produced films for Netflix and am getting ready to debut my own feature film.” Of course, this growth didn’t come without its struggles. When he moved from DC to Los Angeles to further his career, he found himself faced with many challenges. “I was the youngest and blackest person in the room. Some of the people in the room had no issue letting me know that they didn’t think I belonged here.”  However, he had not made it this far just to let a few negative opinions put him down. He kept pushing and his success continued. He credits the support of several established names in the entertainment industry. “I was blessed to have people like Ray-J and Janelle Monáe’s manager, Mikael Moorer, reach out and support me.”

Washington has taken their advice and run with it. He continued to grind and grow even while facing adversity. He is now gearing up for the release of his latest feature film, “Dream.” This original film will follow the life of a boy growing in the foster system that has dreams to be a writer when he is older. “My goal with this film was to inspire the viewers to persevere and overcome any obstacle that keeps them from their dreams.” The film, which he has been working on for over a year is only the beginning of what he plans to do for many years to come.

When we asked what he wanted to be known for his answer was genuine and heartfelt. “I want to change people. When someone watches my movies, I want them to walk away with a new thought, a new perspective, a new view of the world.”

If you are interested in seeing more of his films including his upcoming feature film, “Dream,” visit his website WriterBoyFilms.com