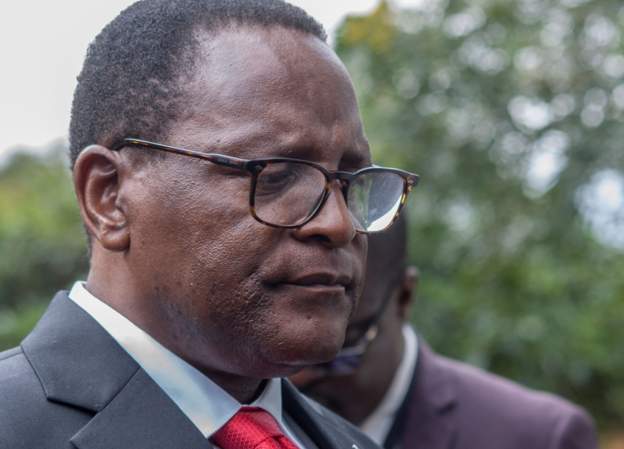 Malawi’s President Lazarus Chakwera has named what he calls a “partial cabinet”, in which he has left out several senior members.

President Chakwera dissolved his entire cabinet on Monday amid a public outcry over corruption, saying he was taking the decision to “confront all forms of lawless conduct by public officials”.

It coincides with a huge investigation being jointly carried out by the Anti-Corruption Bureau in Malawi and the National Crime Agency in the UK.

Samuel Kawale is the new lands minister, replacing Kezzie Msukwa, who is facing corruption and bribery charges that he denies. Businessman Mark Katsonga Phiri has been appointed new trade minister, according to a government statement posted on Twitter

The influential Secretary-General in President Chakwera’s Malawi Congress Party, Eisenhower Mkaka, and party Director of Youth Richard Chimwendo Banda were not included. Vice-President Saulos Chilima was also not assigned any portfolio, as was the case in the previous cabinet.

In total eight ministers were retained and two new appointments were made.

President Chakwera also departed from the tradition of including his own name and that of his vice in the cabinet list.

President Chakwera’s first cabinet had 31 members. It is expected he will name more ministers in due course.

The opposition Democratic Progressive Party (DPP) has asked the president to reduce the size of his cabinet from 31 to less than 20 ministers.

DPP spokesperson Shadreck Namalomba also urged President Chakwera to reconstitute the cabinet to be “truly representative of Malawians and desist from appointing people from one district, region or faith group”.

Anti-government protests have been held since last November to condemn the rising cost of living, and allegations of nepotism and corruption.