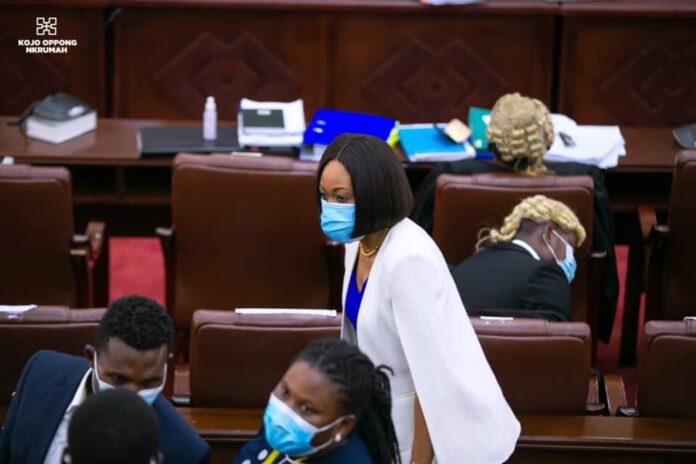 FixTheCountry Movement has petitioned President Akufo-Addo to remove the Chairperson of the Electoral Commission Jean Mensa  and her deputies from office over the disenfranchisement of the people of Santrokofi, Akpafu, Lolobi and Likpe (SALL) in the 2020 polls.

In the petition, the group noted the conduct of the EC chair and her deputies “meets the threshold of stated misbehaviour and, or incompetence as required under Article 146 of the 1992 Constitution for the removal of these officials”.

The petition said: “they have faith that the normal constitutional process contemplated by the Constitutions to avenge infractions against it and our democracy will be upheld without fear nor favour and that their standing as mere citizens of this Republic does not disable them from obtaining justice, in preserve of our Constitution”.

A statement by lead campaigner Oliver Barker-Vormawor the petition was signed by “lawyers, academics, students, public and private sector employees, unemployed and homeless Ghanaians, and cuts across all political persuasions and ethnicity”.

The people of SALL were denied their right to vote in the presidential and parliamentary election by the Electoral Commission. It is unclear why the EC took the action and has since failed to provide them with an opportunity to vote despite the massive public backlash. 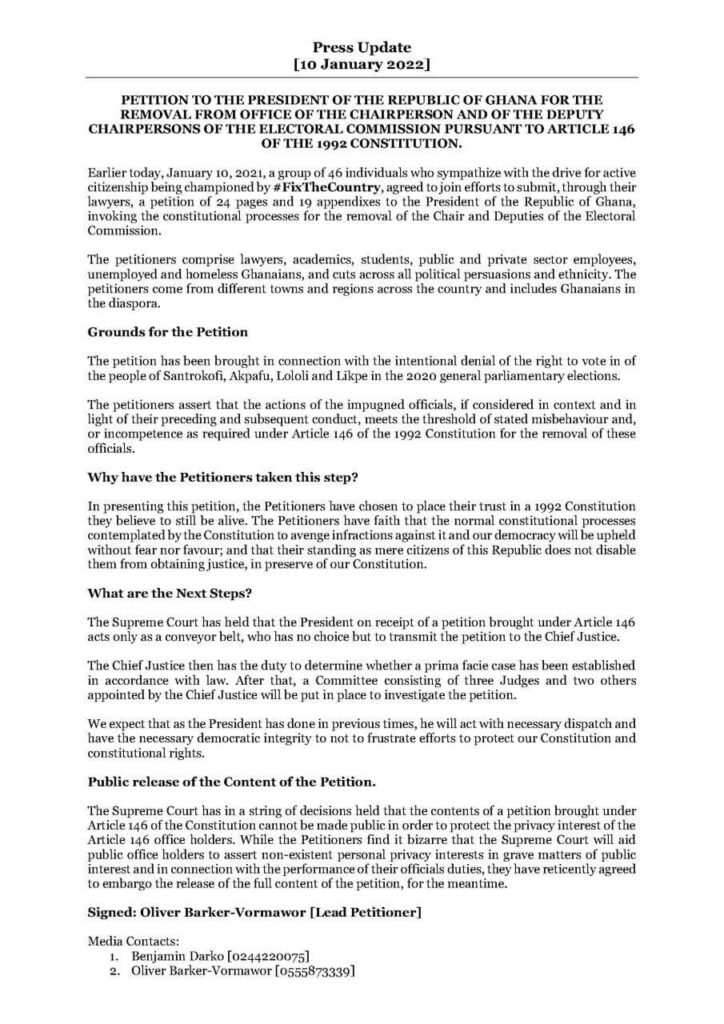