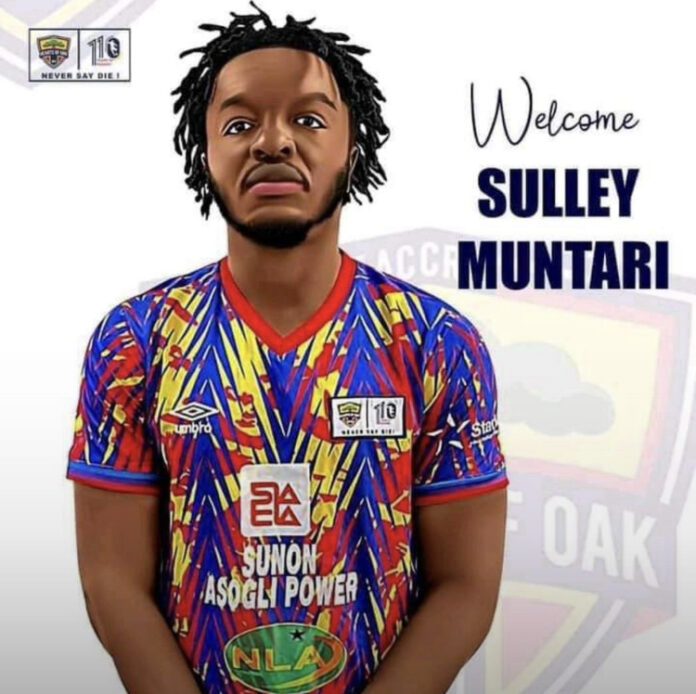 Defending Champions of the Ghana Premier League, have announced the acquisition of the very experienced and renowned Former Black Stars player, Sulley Muntari.

The Former AC and Inter Milan joins the Phobians after a 2 year footballing hiatus.

The 37-year-old had been training with the side for the past weeks ahead of a possible move.

In a post on social media, the Phobians confirmed the rumours which were rife for about a week.

Muntari has a great pedigree in the footballing world after exhibiting his massive footballing talents all over Europe especially in Italy.

He started at Udinese and went on to play for giants Inter Milan and AC Milan. Muntari excelled at Portsmouth and had stints with Pescara, Deportivo La Coruna and Al-Ittihad Club in Saudi Arabia.

Muntari becomes Hearts of Oak’s third signing of the transfer window after defenders Konadu Yiadom and Dennis Korsah, having signed a two-year deal with the club.

Sullen Muntari was a member of Jose Mourinho’s treble winning Inter Milan team of 2010.
The Nerazurri won the Champions League, Coppa Italia and the Scudetto.

Muntari also won the FA Cup with Portsmouth in 2008.

Hearts of Oak battle their city rivals, Accra Great Olympics on Sunday 6th February 2022 at 3pm and Muntari could make his debut.