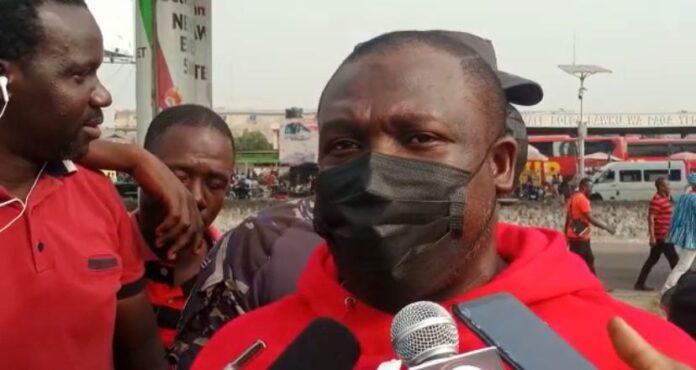 The Member of Parliament (MP) for Ningo-Prampram Sam Nartey George has said the government is unable to justify why Ghanaians should pay the controversial Electronic Transfer Levy (E-levy).

“If we gave you Ghc300 billion and you have failed to do anything significant in our lives. How then do you explain that with Ghc6 billion you can transform Ghana, that lie will not wash. Ghanaians are opposed to the E-levy.

“The tax makes no sense because the government have not been able to justify what they have done with the various taxes they have taken,” he told the media in the on-going ‘Yentua Demo’ by the Coalition of Concerned Ghanaians in Accra.

Meanwhile, the opposition National Democratic Congress (NDC) has said it will abolish the Electronic Transfers E-levy if the NPP passes it, adding that the NDC win power in 2025.

Addressing the media at Obra Spot at the Nkrumah Circle ahead of the Coalition of Concerned Ghanaians (CCG) demo, the NDC General Secretary, Johnson Asiedu Nketia described the E-levy as daylight robbery.

According to him “the fire will keep burning so long as we have a government that operates with impunity.”

“We will abolish it within the first 100 days we assume power. It is not taxation. It is daylight robbery. Taking people’s capital from their pockets.

“We are not against taxation. Taxation is for value addition. But we will not sit and watch the government to keep robbing us. The E-levy is not taxation, it is daylight robbery. The alternatives are there. Who in his right senses in this country asked the Minister for Roads to argue that we abolish the road tolls and convert the toll booths to toilets and washrooms?” he added. 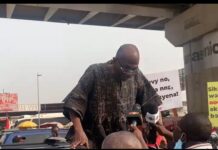