The Former Minister for Power, Dr. Kwabena Donkor, has asked the government to stop subsidizing fuel for Industries, claiming it is not economically wise.

According to him, the government continues to offer subsidies on Residual Fuel Oil (RFO) used by industries to about 70% of the price.

The Pru Member of Parliament stated that the complaints on high prices of petroleum products are from the general public and not industries alone adding that the move is pointless.

Speaking to Starr News Dr. Donkor asked the Minister for Finance to immediately remove such subsidies arguing that the government’s inability to pay the subsidies has even resulted in a shortage of the products.

“As we speak today the ex-pump price for RFO is Ghc1.63 per liter, the ex-refinery which is the production cost is Ghc4.25 per liter. This is a relic from the days when subsidies were the order of the day. So the Ghanaian State pays more than 70% of the price of residual fuel oil. This is used by the industry.

“Why must the Ghanaian State subsidies industry to the extent that this subsidy itself has become a blockage to increase production of RFO? As we speak some OMCs have not been paid for RFO supply, the subsidy component for 6 months. It takes three months to six months to get these payments from the State,” he added.

Dr. Donkor called on the Minister of Finance, Ken Ofori-Atta to relook at the development where Ghanaian’s taxes are used to subsidize fuel being consumed by industries.

“In the first place why should the Ghanaian State subsidies RFO for the industry, I call on the Minister for Finance to take immediate steps to close these loopholes. The Energy Sector Levy Act has the provision for payment. If you take the Price Stabilization Levy component it has provision for this subsidy. 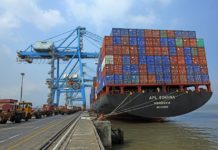 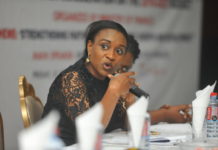 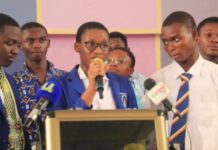