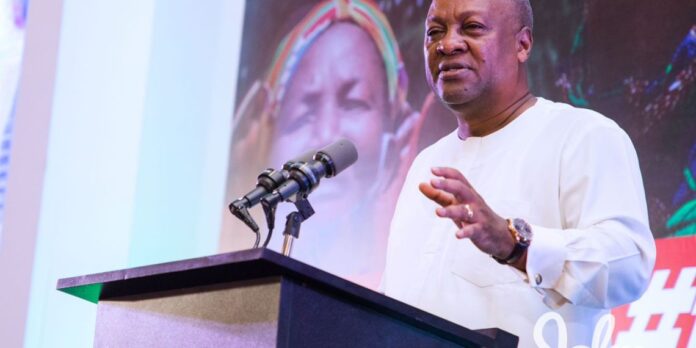 According to him, revenue expected from the levy has been taken and spent upfront by the government hence the difficulty in removing some taxes from petroleum products.

Speaking in Accra Monday on the theme ‘Ghana at crossroads’, Mr Mahama said the Akufo-Addo administration intends to collateralise the recently approved E-levy and Ghana’s minerals through the Agyapa deal.

“They have collateralized the energy sector levy until 2035. That is why the President said they cannot remove some of the taxes on petroleum products. Today ESLA cannot be removed from our petroleum price build because they have collaterised and spent the money upfront,” he said.

E.S.L.A.  is a Special Purpose Vehicle (SPV) incorporated as a public limited liability company to issue long-term bonds to resolve energy sector debts due to banks and trade creditors. The securities issued are backed by a component of the Energy Sector Levy Act (ESLA) receivables which has been assigned to the company for the settlement of coupons and principal repayments arising under the securities that are issued.

Meanwhile, President Akufo-Addo says removing some of the taxes on petroleum products as demanded by some Ghanaians will be catastrophic.

“Government is currently confronted by very tight financing conditions, in the wake of inadequate domestic revenue mobilisation. Indeed, some of the revenues from these same taxes on petroleum products is what is used to pay some of the salaries of some of the seven hundred thousand (700,000) public sector workers on Government’s payroll,” the President said in his Workers Day address.