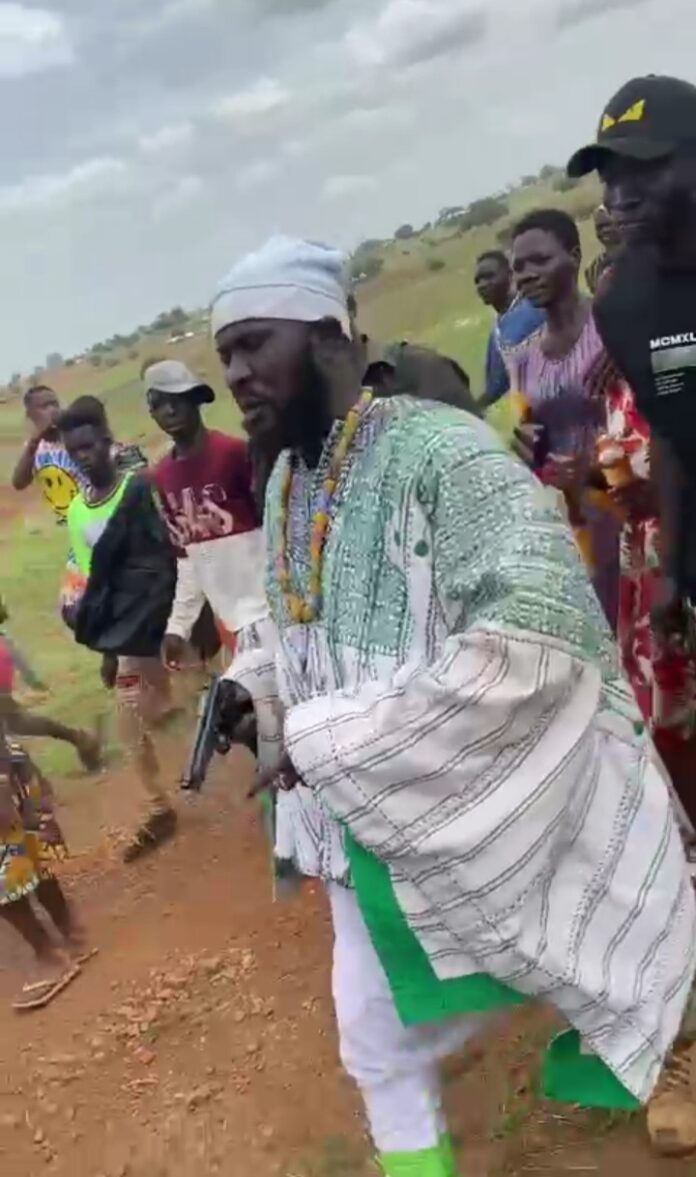 Paazie Naab, alias “Commando”, a suspected robber who reportedly issued a death threat to a popular philanthropist and miner in the Talensi District of the Upper East Region, Zongdan Buyak Kolog, generally known as Polo, has been captured firing from a pistol in a video clip.

On Thursday June 16, 2022, Commando again allegedly threatened to unleash thugs on Polo to “attack, beat and kill” him. He reportedly issued the threat during a meeting at the Sacred Heart Catholic Social Centre in the Upper East regional capital, Bolgatanga.

According to eyewitnesses, the reported threat ensued over a dispute between Commando and Polo about some terms and conditions of an agreement between some small-scale miners and a large-scale mining company in Talensi.

Not long after Starr News had published a report about the threat on Tuesday, a video clip of Commando wearing a smock and firing bullets from a pistol in a crowded place also emerged on a social media platform. Residents say he fired the shots two weeks ago in Talensi.

“The IGP George Dampare must show this Commando where power lies. I’m saying this because Commando has the backing of a traditional chief who might want to influence the police to let Commando go free after seeing this video in public. If Commando goes without being punished in this case, it would only mean the chief has succeeded against the law again,” said a resident in Talensi. 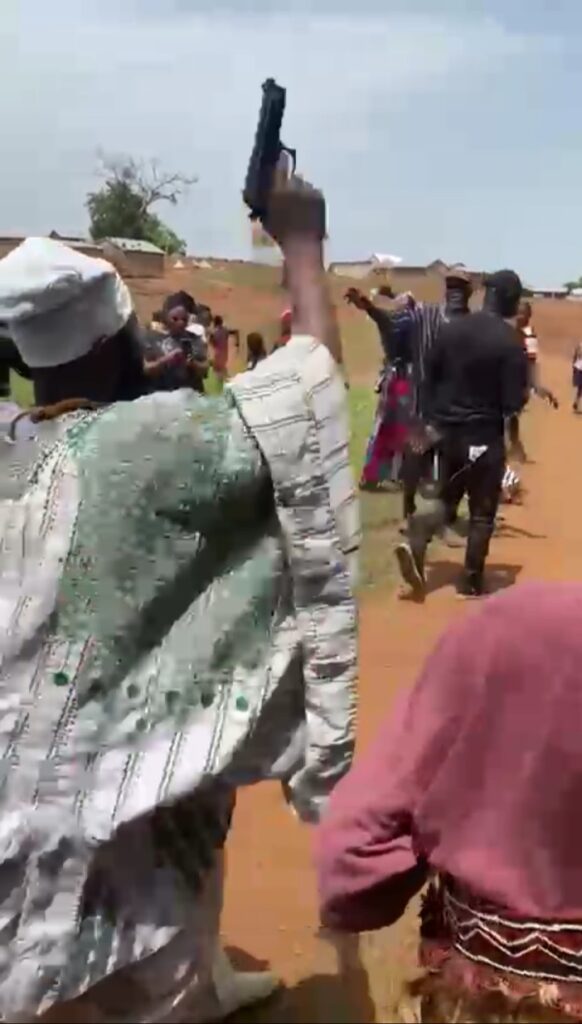 When Starr News contacted Polo, he confirmed he was threatened by Commando but said he would seek redress at the appropriate quarters and at the right time.

Commando confirmed he had a disagreement with Polo during the meeting. He, however, did not provide any answer when asked if he actually issued the alleged death threat to Polo. But he said he indicated during the argument that he would organise “boys” to stop Polo from working as a miner in his community (Gbane) if he (Polo) continued to oppose how he (Naab) felt the compensation package should be shared.

Polo is widely loved in Talensi. Residents say he provides food regularly for poor families in the district without asking for anything in return. In 2021, he personally reconstructed a “terrible” road that leads to the district hospital in Talensi. He provided furniture for the health facility and made some anti-covid-19 donations in the district.

“It’s unfortunate that Polo is facing this kind of attack from these people. Polo has helped so many people in Talensi and outside Talensi because he is not a selfish man. He even used his own resources to reconstruct the district hospital road in Talensi. An attack on Polo is an attack on the entire community. The state must protect him from these same suspects who have nothing good to offer society,” a concerned resident (name withheld for security reasons) stated after reports of the threat went public.