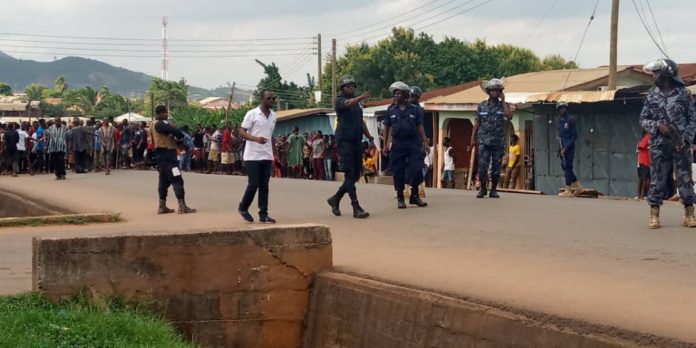 The Managing Director for Electricity Company of Ghana (ECG), Samuel Dubik Masubir Mahama has indicated that workers with his company feel safe working with the military on the Krobo land.

Residents of Nuaso, a suburb of the Lower Manya Krobo municipality in the Eastern region, have protested against the presence of the military and the installation of prepaid meters without engagement with the community.

The situation resulted in heavy tension in the area because of the confrontation between some agitating residents who spontaneously kicked against the presence of the military.

The volatile atmosphere forced the military and the staff of ECG to retreat from the area resulting in power cuts for the Yilo and Manyo Krobo residents.

But speaking to Nana Aba Anamoah on Starr Chat Wednesday, the ECG boss reiterated that his men can only safely work with the 64 Regiment of the Ghana Armed Forces who are skilled in electrical works to speed up the work in the area.

“But, the whole conversation is about how to go about it. Even if they say to install the meters today we are okay. I cannot install it all in one day. It will take time. It will take probably within the whole month or maybe about a month and a half. Because I am supposed to reach over 20,000 customers,” Mr Mahama stated.

He continued: “So they can go ahead and speak to or sensitize which group of people are the pocket areas that are causing the problem. So I can be working my way towards there. It is just about getting to a consensus because what we have now if we don’t nip this problem in the bud now next year at the same time we will have this same problem.

He said there are videos of residents cutting down the power lines in the areas but added that the lines have been fixed for power to be installed for the people after a conversation.

“So what I am saying is that my staff need to walk the lines and check the transformers and who is going to protect them. Right now they feel safe under the Ghana Armed Forces. We have not had the best of relationships in that area.

“I am not a second happy about what is going on because I understand what it means, my issue is even now I cannot just energize the line. I have to work the line to check the transformers because the information reaching me is that they have dumped sand in some of the transformers which run with oil. Which means that it is not going to work.” 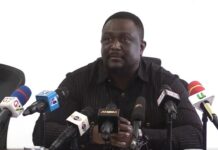 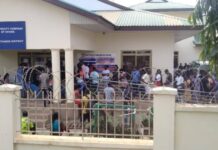 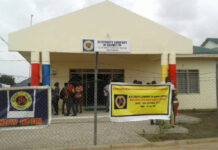