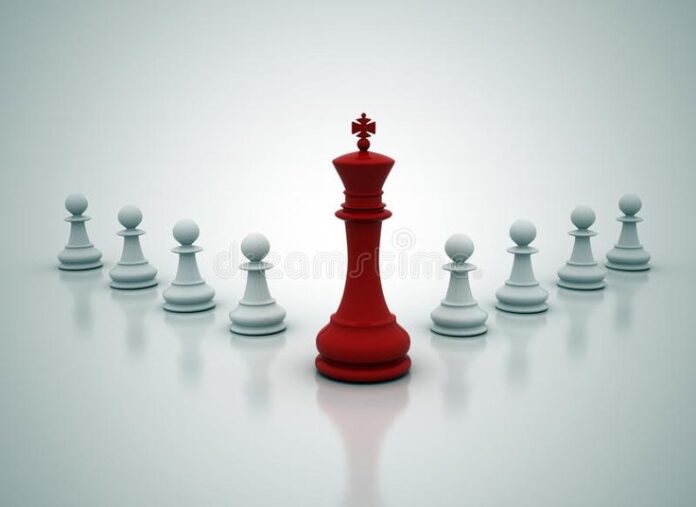 I seem to find so much wealth of truth in the philosopher, FRIEDRICH NEITZSCHE’s idea that says that; “EVERY GREAT MAN IS AN ACTOR OF HIS OWN IDEAL”.

What do you do when you constantly yearn for a leader that suit your ideal hero but finds not?
Do you then become bitter?
Do you abandon the responsibilities and wait for a miraculous appearance of your ideal type of leader? – ¬ HELL NO!!!
You pick up the cross and bear its risk!

Well, one might say I have never been a leader before and does not know where to start from. That right there is the beginning of your leadership journey, for you have always been a leader — of your life.

As humans we embody the tendency to always apportion blames and delegate personal responsibilities to be taken care-off by someone somewhere in many occasions.

So the question then will be why do people often adopt a pseudo-moralistic and judgmental stance on national and global political, social, economic, and environmental issues to the neglect of their personal responsibilities which is in their own domain?

Oh, it is because of how it makes one feel and knowing very well that he or she is by no way close to been responsible for such problems.

True leadership is such that, people do not want to take it up, yet as soon as one takes up the mantle, people all of a sudden become experts and begin to “authoritatively” direct one on how to go about his or her daily routine as a leader and what one ought to do and not to do at every point in time.

“My current government is corrupt and incompetent”- says the “best citizen” of the year.
My question to such a person is; to what degree do you think you are patriotic?
Oh, do you think you are honest enough?
Have you cleaned your room?
Have you been able to put your family together?
Do you know how to take good care of yourself?

If any answer to any of these questions is NO, then why does one think one has the moral right and authority to criticize his or her leader whiles one has not been able to put his life together? Is such an act not hypocritical?

This is more like the rule number six(6) in Dr. JORDAN B. PETERSON’S book “ 12 Rules For Life” which says; SET YOUR HOUSE IN PERFECT ORDER BEFORE YOU CRITICIZE THE WORLD.

Therefore, if you want to become a LEADER, start leading yourself by being RESPONSIBLE AND ACCOUNTABLE.
Why does AFRICA keep on experiencing and complaining about bad leadership?

This question has been a thorn in the flesh for me over the past few years until I stumbled upon the answer (to a certain degree in my opinion) quiet recently.
VUSI THEMBEKWAYO, is a renowned global public speaker, a venture capitalist, a disruptor … and the list goes on like that.

Why then should one take up his or her responsibilities and personal accountability and become the leader of oneself? Well so that you make meaning out of life and have a firm control of yourself, your family, society and the world and help make it a better place.

In as much as one may be reluctant in doing this, just remember what CARL JUNG said; “what you most need will be found where you least want to look”.

Take up the mantle of personal responsibility and accountability, and become the leader you wish you had.

Written by: Bright Anderson, first-year student of the University of Ghana