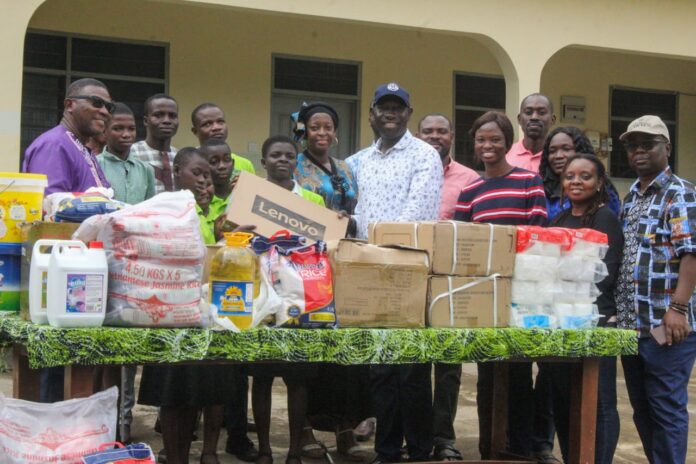 A group of lawyers who were called to the Bar some ten years ago have donated educational materials and food items to the New Horizon Foundation for the Blind, a school of the visually impaired located in Ho, the capital of the Volta region.

The group popularly known as “Called @12” were called to the Ghana Bar in 2012 to begin their practice as legal professionals.

The items include a laptop, braille, stylus, food items such as bags of rice and cooking oil, detergents and washing powder, toiletries amongst others.

Presenting the items to the school, the group lead Lawyer Lamtig Apanga said the gesture is a form of thanksgiving to God for taking them through this ten years of legal practice.

He said, “the move is also to thank the school for offering our younger brothers and sisters an opportunity to have education and also acquire some skills.”

“We would also like to take the opportunity to motivate the pupils and assure them that there is a place for them in society; being visually impaired is not a barrier or the end to progress in life.”

“In fact, I can make reference to two lawyers who are visually impaired and are actively working -both of them work for the Attorney General, they practice, they go to court, they are able to work, so being visually impaired is not a limitation. We want to encourage our younger brothers and sisters that they may have some misfortune but that misfortune can be turned around, they should believe in themselves and continue to persevere,” he added.

Chief Executive Officer of the foundation, Eric Kwabla Ofori who received the items expressed gratitude to the group for the gesture.

He, however, lamented that despite the school’s contributions to developing the pupils, the it is facing neglect and is constrained with challenges.

Mr. Ofori indicated that the facility lacks the needed teaching and learning materials including books since most of the text books available are not readable by the pupils who have eye sight problems.

He is appealing to government to support them with braille, tablets and other digital tools to enhance teaching and learning in the school. 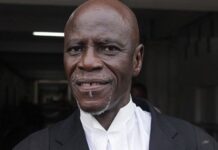