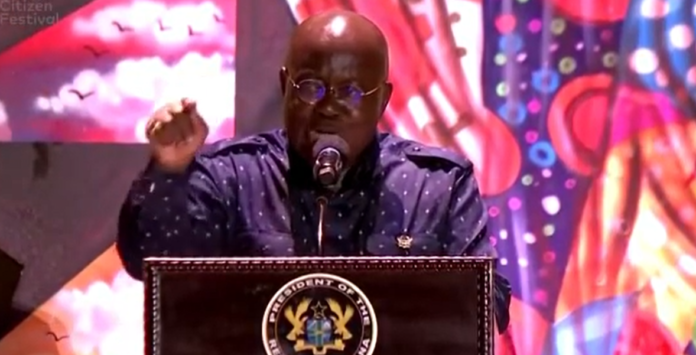 Indeed, Beyond the Return, Ghana has earned its spot as one of the many great locations to have events with a global focus. Our Black star of hope is fast becoming a hub for international events and the Global Citizens Festival held over the weekend is evidence of this rather impressive trend. But while the star-studded event, with an underlying message of tackling various social inequalities and climate change was a spectacle to behold, that which was neither expected nor a billed surprise act were the events that accompanied the moments you, Mr. President, Nana Akufo-Addo gave your speech on the global platform.

Mr. President, I have seen a number of political strategists already question the kind of briefing you received on the type of event or crowd you were to address and express shock about your handler’s inability to envisage this happening. But nevertheless, it’s in the past and hopefully it can be an anchor for the future.

Mr. President, I have no intention of reminding you of the moment, as I don’t want to imagine what it means to you – embarrassing or surprising. However, I believe it’s important I take you back to that evening just to ‘Chuk’ the people that booed at you!!!

Mr. President I personally was not at the venue but monitored the events from home. At about 8pm, various WhatsApp statuses started flooding with you arriving in your magnificent convoy and moments later, all relaxed in the VIP area, interacting with fellow Ghanaians alongside the first lady, Your Darling Rebecca.

About two hours later, social media went berserk with allegations you were booed at when you mounted the stage to give your speech. I really loved the glorious appearing of your convoy at the event and with this, obviously my mind beggared belief of this notice. I had to quickly grab my TV remote, skimming through various channels with the hope of ascertaining the veracity of this report.

Unfortunately, or rather fortunately, the transmission on TV was a delayed stream and that presented the right opportunity to assess the situation and allegations. As I waited patiently for your introduction Mr. President, many questions that needed answering came to me. Were the comments on social media an overreaction? Were the boos that audible or it was just from a section? Was it just mere propaganda? A lot of asks testing my patience there.

As I grew impatient, the said moment arrived. After a commercial and a rather unusual long silence the announcer excitedly introduced to the Global Citizens “President of the Republic of Ghana, Nana Akufo-Addo!!!”. The next 20 seconds were shocking!!! Boos and Jeers all over which Mr. President left you visibly startled. Boos which turned to shouts of Away!!! Away! I couldn’t believe my ears, nor my eyes.

Was it really President Nana Akufo-Addo who was recently honoured with a ‘Star of the Youth Award’ that was being booed at a concert with many young persons as patrons?

Is it the same Nana Akufo-Addo who prior to the 2016 election, had students of KNUST defy university directives and escorted him to hold a rally on the campus?

Is it the same Nana Akufo-Addo whose victory in 2016 sent university campuses into insane levels of frenzy?

Is it the same Akufo-Addo whose “Fellow Ghanaians” addresses during the Covid elicited breakdowns and appellations on social media each time?

Something definitely must have gone wrong Mr. President and I am sure you have equally thrown questions to those around you seeking some answers.

Honestly, Mr. President, I probably may never have cared to do this ‘ahohyehy3’ until I chanced upon posts by your social commentators that the boos were doctored and part of some sort of media agenda against you. Eiiiiiiii!!! Saaa?

As though that wasn’t shocking enough, what now looks like your party’s official position on the matter is that, the boos were orchestrated by the opposition NDC. Herh!!!

Mr. President, please, did political parties have a rep on the Global Citizens Festival planning committee? I am not with suggestions also that patrons intercepted the program line up to know you would be mounting the podium and rehearse for the booing exercise? Or You say weytin – Law School exam papers dey leak abi?

Well, from all indications, it is evidently clear that your loyalists would rather lay blame on others than tell you Mr. President, those who booed at you. But you need to know Mr. President, so I will tell you.

Mr. President, your party in the lead up to the 2020 elections promised to scrap tax on sanitary pads. Nearly two years after your mandate was renewed, not even a bill to that effect has been laid and sanitary pad prices keep rising. So, the girl who came to a concert that is also seeking to fight injustice against women and saw the man who hasn’t delivered on his promise to make sanitary pads cheaper, chose to boo at you.

That young man who was promised some rent support through a rent scheme has been squatting for the past 12 months, and when he went for a concert to forget about his woes, he saw you, the man whose party sold him a wild dream on stage speaking about inequality. The first thing that came to mind was to boo at you Sir.

A climate change activist, just returned from a field work around the river Pra and the water around the black star square was enough refreshment from the experience of Pra. He lifts up his eyes to see what might be happening on the stage he chanced on at the square and he sees on the, You, the man who promised to put his presidency on the line to end galamsey, yet still his trip to Pra tells him a different story. If you were him, I am sure Out of anger, you would have shouted Away!!! Away!!! Too.

Three friends remember following your convoy and clearing the way for you while they were in level 200 at KNUST in 2016. After school and NSS, the idea of Nation building was sold to them through NABCO. One gracefully allowed for his picture to be widely used on your “Remember Me” to canvass votes. Lol…It is as though that picture and comment was prophetic because indeed, we remember him, his look and it is the perfect description of someone who hasn’t been paid for 10 months. They couldn’t stand you seeing you sell to them another dream, so they equally shouted away.

Mr. President, many more youth in 2016 actively campaigned and voted for you hoping that their lives and those of their families would get better. On a stage that sought to end extreme poverty, they saw a man under whose leadership the income gap is widened.

These are the people who booed at you, Mr. President and I just wanted you to know!!! 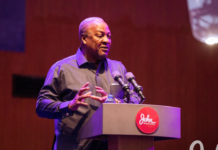