Africa Education Watch (Eduwatch) has called on authorities to punish schools who prevented officials of the West African Examination Council (WAEC) from entering their premises to supervise the ongoing exams.

The call comes on the back of reports that some schools were denying officials detailed to supervise the West African Secondary School Certificate Examination (WASSCE) access to classrooms.

WAEC in a statement on September 2, 2022 expressed worry over various examination malpractices which have been witnessed in the ongoing WASSCE across the country.

The examination body further warned school heads and other stakeholders over a report of syndicate cheating among others.

The statement signed by WAEC’s Head of Public Affairs,  Agnes Teye-Cudjoe said WAEC will not hesitate to de-recognise schools caught in such malpractices.

The Executive Director of Africa Education Watch, Kofi Adu Asare told Citi FM the development must not be swept under the carpet.

“If any school prevents WAEC external supervisors from entering their compound to go and invigilate and go and supervise, then it means you are preventing a public officer from undertaking their lawful duties, and I don’t think our law supports that action at all,” he told the media.

WAEC in its statement further noted that the Council in concert with the Ghana Education Service (GES), the National Intelligence Bureau (NIB), and other security operatives is working to check infringements of the rules and regulations governing the ongoing examination.

“Intelligence has been received of some school authorities collecting monies from candidates and organising syndicate cheating in their schools. Perpetrators of these acts are being cautioned to desist from the same. The Council has the mandate to de-recognise schools caught engaging in this malpractice. Candidates identified as having colluded would have their results cancelled.”

Some hotspots have been identified and monitoring of these centres has been intensified, WAEC said in its statement. 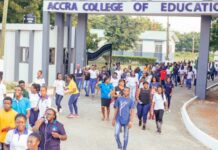 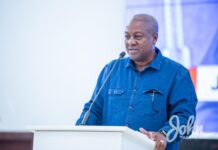 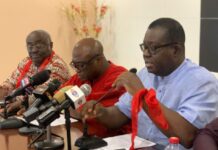