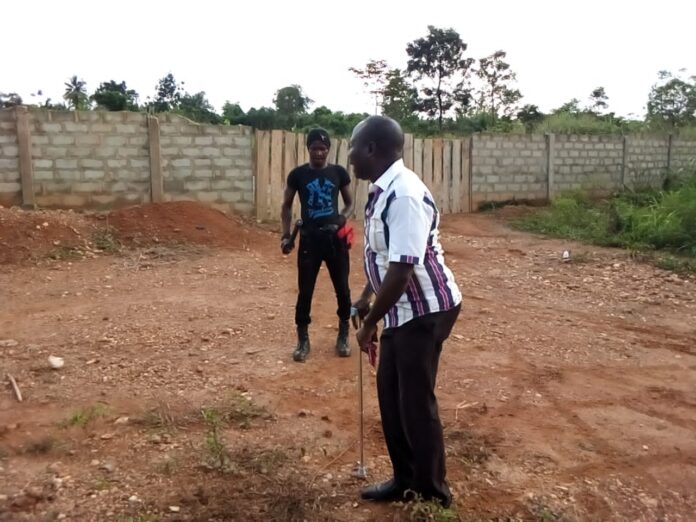 The Proprietor of Amponsah Memorial Academy at Suhum in the Eastern region is calling for justice to be served after six plots of land purchased for school project  seized and resold to a private developer without his notice.

The land has since been walled blocking his access.

Mr. Frank Kwadwo Amponsah, the Proprietor of Amponsah Memorial Academy alleged some individuals from Okyenhene palace seized the land and resold the six plots of land he purchased from landowners at Obretema a suburb of Suhum.

According to Mr. Frank Kwadwo Amponsah, the almost two acre land was purchased in 2013 from one Mr.Tetteh Moses and Mr. Oware, the land owners for expansion of his private school.

The Proprietor who is physically challenged man, cultivated food crops on the land temporarily whilst mobilizing resources to begin the project.

“I decided to expand my school to help the Suhum community so I first bought a land at Suhum 44 near Nii Fio , afterwards I had a vision to open a university  so I bought another land at Kabohe near Obretema , and  I started construction on  the one at Nii Fio, but I was there one day in March, 2022 and the Okyenhene secretary and one Asiedu who is Kwansrahene at Kyebi asked to meet them on the land , so when we met I told them I am the owner of the land and I bought the land to establish my school and they also replied that Okyenhene said all the lands from Suhum to Nsawam belongs to him so he has the right to take any land by the road side and that Okyenhene want to sell the land to a foreigner call Adams from Mali.” 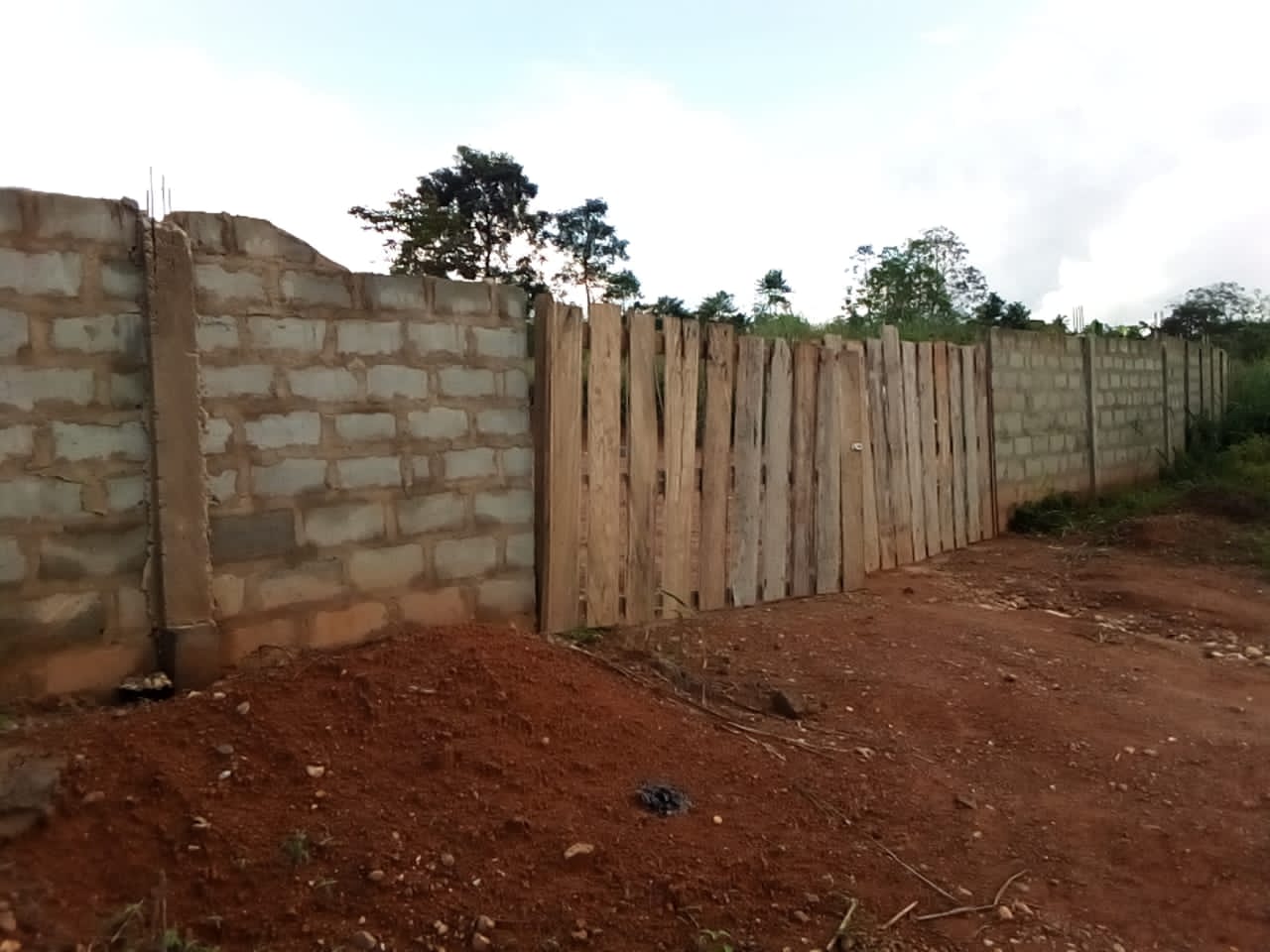 He said the new claimant of the plot of lands have suggested to pay compensation for the crops on the land only since the land belongs to Okyenhene who is allodial custodian.

“Because I haven’t started the construction of the school buildings I have cultivated maize, cassava and other food crops which we even depend on to support my basic school,  they told me that because of the farms on the land they will give me an amount of Ghc1,600 to compensate me , but I told them I will not take the money so it angered them and they  warned me to stay away from the land else they will let the Okyenhene land guards beat me up or shoot me” he explained with tears.

Mr. Kwadwo Amponsah stated that he invested his life savings into the purchase of the land therefore appealed to President Akuffo Addo,  IGP Dr.George Akufo Dampare ,human right groups  to intervene to revert ownership of the land to him. 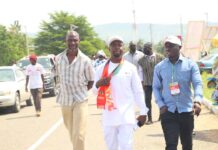 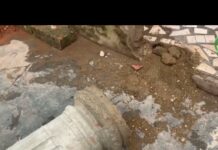 E/R: Woman crushed to death by falling concrete pillar in her house 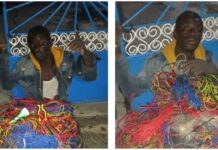