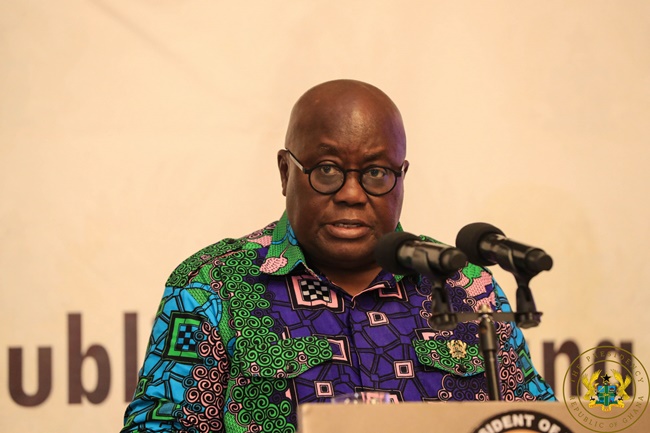 President Akufo Addo has stated that his assurance of putting his presidency on the line in the fight against illegal mining was not an ideal statement that led to the ruling New Patriotic Party(NPP), suffering the consequences in the 2020 presidential and parliamentary elections.

He said the party lost in many mining constituencies as a result but it is a price worth paying for the good of the country.

President Akuffo Addo said this Friday, October 21, 2022 in an interview on Republic FM in Kwahu as he kicked start working tour in the Eastern Region.

“I suffered for it. Many of the mining communities in this country where we have won before, we lost them directly as a result of this galamsey fight. So it wasn’t an ideal statement. I knew what I was saying but fortunately, the rest of the country understood the importance of what we were doing. But I believe and I am happy the people that I am leading in the NPP have the same belief that it is a price worth paying for Ghana and that we can have political setbacks because of our commitment to this fight. It is a proper fight for the health of our nation” President Akufo Addo said.

President Akufo Addo said however that the sacrifice required to make sure that the fight against galamsey is successful, “we will do it. For Galamsey, however long it takes us, we’ll have to continue to work at it. For the first time in the history of our country this issue is a national issue because of the advocacy I have made. In a democracy, if you want to change something you must first change public opinion and perception”.

He said his government is not ready to accept defeat in the galamsey fight and thus determined to increase the momentum.

He admitted that “operation halt” was disengaged too early in the previous fight hence this time around it is going to be a year-long operation.

Akufo Addo stated that the legal regime on illegal mining has been changed from a misdemeanor to a second-degree felony with more punitive measures for foreigners engaged in illegal mining.

Again, government has banned the manufacturing, distribution and sale of the chanfai machinery.

Answering a question from the Host Kwame Koranteng regarding calls for a ban on small scale mining as echoed recently by religious leaders, President Akufo Addo said “Putting a ban on mining, I think it has to be examined because lawful small-scale mining has made some big contributions to our national economy. About 40% of gold export in Ghana comes from small-scale mining communities, so making a distinction between what is lawful and unlawful is very important, and we will examine it if the balance is that, that is the way to go, we will do it because I believe that the fight against galamsey is of national interest” 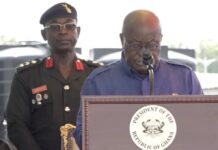 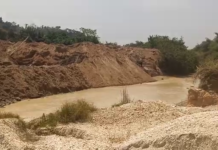 A/R: Boy, 17, dead, another missing after falling into galamsey pit 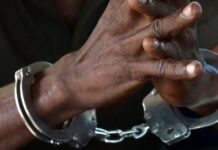