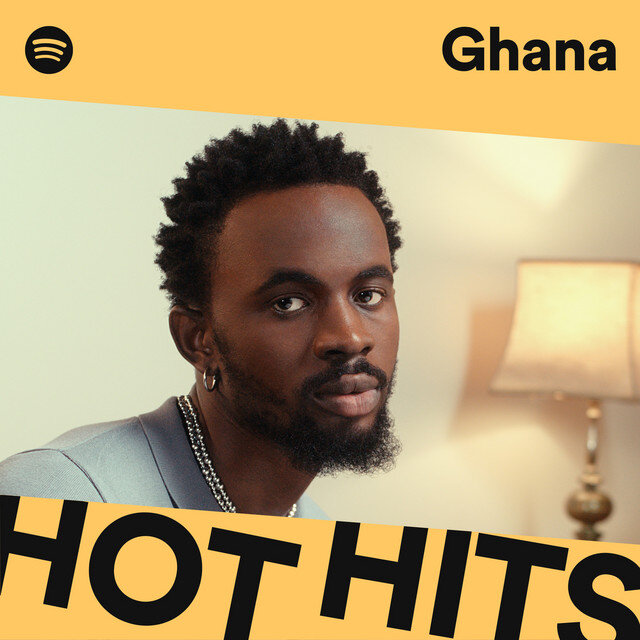 Ghana’s Gen Zs are energetic and motivated. They’re also cosmopolitan, keen to better themselves, and as welcoming of international influences as local ones and those from the wider African continent.

That’s true until the end of the day, when they’re more willing to embrace their melancholy side. At least, that’s the story told by their Spotify music and podcast listening tastes.

The list of top artists meanwhile, has a much more American and Nigerian flavour with Burna Boy, Asake, Drake, and Lil Baby all claiming spots in the top five. It shouldn’t be surprising then that Burna Boy also has two songs in the list of most streamed recordings, the megahits “Last Last” and “It’s plenty”. The top song, however, belongs to local artists Agbeshie and EpiqMenz with “Downtown Guy”. Here too, though, Nigerian artists have a strong presence. Bandana by Asake and Fireboy DML and Overloading (OVERDOSE) by Ayra Starr, Boy Spyce, Crayon, LADIPOE, Magixx, and Mavins both feature in the top five most streamed tracks among Ghanaian Gen Zs.

When it comes to the most popular albums among Ghanaians aged between 18 and 25, , meanwhile, Burna Boy again tops the list with Love Damini. Fellow Nigerians Fireboy DML, with Playboy and Asake with Mr. Money With The Vibe take the next two slots in the top five. Rounding out the list of top albums are local offerings 5 star by King Promise and Son of Jacob by Kwesi Arthur.

It’s also interesting to take a look at the mood playlists the country’s Gen Zs listen to throughout the day. During daylight hours, energy and motivation clearly play a big role.

In the early morning, for instance, their top three playlists are Morning Motivation, Wake Up Happy, and Mood Booster. The only deviation comes in the shape of the Villain Mode playlist, featuring tracks themed around heartbreak and being vengeful.

The upbeat theme picks back up later in the morning when Wake Up Happy is replaced by Confidence Boost. Energy Booster: Hip-Hop and Songs to Sing in the Shower round out the top five. In the afternoon and evening Feelin’ Myself and Happy Hits! join the party.

Things take a more melancholy tone once the day draws to a close, however. The most listened-to mood playlists in the late evening and at night, include Sad Songs, Life Sucks, Sad Guitar Instrumentals, and Lowkey. There is still space for love though, with 100 Best African Love Songs, Goosebumps, and Chilled R&B proving popular.

Moving away from music and to podcasts, things have a more spiritual feel, especially when it comes to those produced locally. The top-rated local podcast, Sincerely Accra covers life in the capital, as does number five in the top five Stay By Plan. The second-most listened to local podcast CEYC Airport City Podcast is, however, religious as are number three and four, the Mensa Otabil Audio Podcast, and Pastor Agyemang Elvis.

These are just a few of the insights that Ghana’s Gen Z listening tastes provide. One thing that should be clear is that, as their influence grows, they’ll have an exciting role to play in shaping Ghana’s future and that they’re definitely up for it.