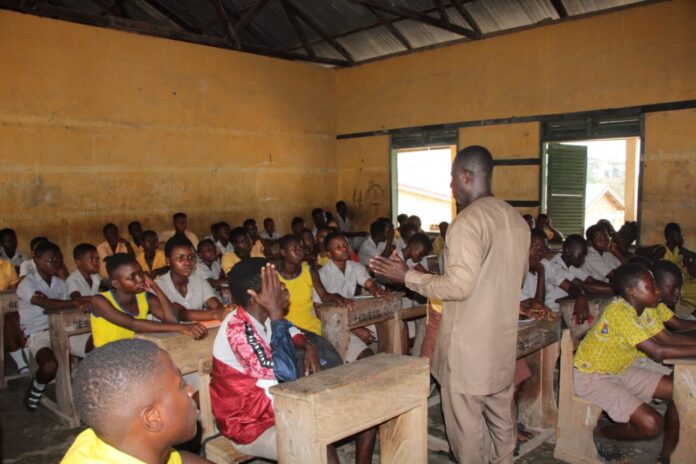 The teaching and learning of Information Communication and Technology (ICT) in basic schools is inevitable component of quality education.

However, the situation is contrary in Ayensuano District in the Eastern region of Ghana where out of the 82 basic schools in the district only 10 write ICT during Basic Education Certificate Examination (BECE).

The situation is due to low levels of knowledge in the subject as a result of lack of computers and ICT teachers.

Head teacher of Kraboa Methodist Junior High School, Julius Akonor Oware said the lack of computers for ICT practical’s and library in the district is worrying.

“We just teach from the books we don’t have the facilities. The performance is nothing to write home about. Mostly ICT lessons are practical but when you do the theory and go for the exams and you are not able to do anything so it is at a low now”

The low levels of knowledge in ICT is not the only problem facing the district .The poor academic performance in BECE, high teenage pregnancy, and school drop-out are also worrying developments in the district.

The fate of the youth is shredded; girls become mothers at an early age and the boys turn to drugs and menial jobs like commercial motorbike operation known as ‘okada’.

Data from Ghana Education Service indicate that, the district is always ranked penultimate in the BECE in the Eastern Region languishing in the bottom almost every year.

Data available at the Directorate of Health, indicates 400, 317, and 360 teenage pregnancies were recorded in 2018, 2019 and 2020 respectively making it one of the districts in Eastern region with highest teenage pregnancy cases.

The Queenmother of Coaltar, Nana Afua Asiedua III said the traditional authority together with the Assembly and other stakeholders have enacted by-laws to deal with the menace in addition to intensified awareness creation among teenages and parents.

“Teenage pregnancy was very very high and alarming but we have made some interventions with support from Ark Development Organization and Plan international Ghana which is working”.

Notwithstanding, the youth in the district still have prospects if the necessary amenities and infrastructure needed to encourage the youth in their education are provided.

Ark Development Organization (ADO) with funding from Australia High Commission in Ghana is therefore putting up a three youth resource and empowerment centers in the district capital,Kraboa Coaltar to help address challenges of teenage pregnancy and poor performance in ICT .

The projects contain adolescent corner, library,ICT center among others to provide safe learning environment for the youth particularly girls after school.

The first project started under the intervention at Kraboa Coaltar has however stalled at roofing level owing to high inflation which threw out the budget for the project but the funding partners are reluctant to release additional fund due to financial constraints.

“At that time we budgeted for Ghc35 but the time we received the money cement prices have jumped to Ghc73 to Ghc78 and other electrical items like ceiling fan the budget was Ghc1,500 but by the time we went to the market it was Ghc5000.Everything has  increased so since October we have exhausted our funds we have not been able to procure all the materials to complete the project ” Executive Director of  Ark Development Organization, Emmanuel Kwarfo Minta told Starr News.

Emmanuel Kwarfo Minta decried that the District Chief Executive for Ayensuano, and Member of Parliament Josephine Awuku Nkoom and Hon. Yaw Teddy Addi respectively have not shown commitment to support the project to be completed and furnished for the collective good of the district.

“So we appeal to other partners and benevolent organization to support us because we need this project urgently to hand it over to the community .This project will cater for 10 communities in about three electoral areas”

Basic Schools in the area are counting on the completion of the project to leverage on it improve quality education and ICT.

“This is a rural community internet penetration is still at a low so with such  a facility it will get the people to be more interested in ICT and also  help them to know how to research. So we appeal that everyone come onboard to help the completion of the project ” Headteacher Julius Akonor Oware said. 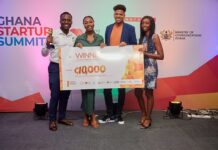 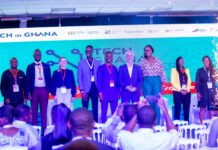