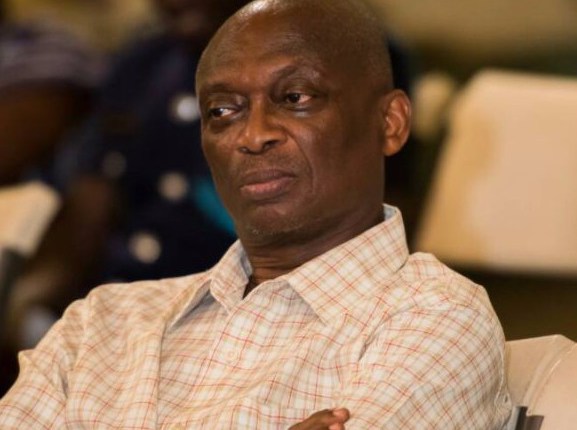 A seven member Supreme Court panel presided over by Justice Julius Ansah, has dismissed an application by the Editor-in-chief of the New Crusading Guide Newspaper, Abdul Malik Kweku Baako,  challenging the removal of the former Chairperson of the Electoral Commission (EC), Charlotte Osei, from office.

In his suit, the ace journalist, was seeking “a declaration that upon a true and proper construction of Article 146 (1) of the 1992 Constitution, a petition for the removal of the Chairperson of the EC, pursuant to the provisions of Article 146, was only valid if such a petition alleged stated misbehaviour or incompetence relating to the performance of the core constitutional functions of the chairperson of the EC”.

He was also seeking a declaration that the findings by the Chief Justice (CJ), that a prima facie case had been made out in respect of six allegations contained in the petition for the removal of Mrs Osei, pursuant to Article 146 of the Constitution and which allegations were not founded on acts of stated misbehaviour or incompetence against Mrs Osei in the performance of her core functions as Chairperson of the EC, was unconstitutional, null, void and of no effect.

The same act, the applicant claimed, was inconsistent with and in violation of the provisions of Article 296 Clause (c) of the 1992 Constitution and accordingly “arbitrary and unconstitutional”.

Mr Baako wanted the Supreme Court to declare that the recommendations for the removal of Mrs Osei upon which the President acted were inconsistent with Articles 43 (1)(a), 44 (2), 45 and 146 (1) of the 1992 Constitution and for that matter, null, void and of no effect.

In the ruling of the Apex Court, the learned justices said the applicants failed to show the specific matters that arise for constitutional interpretation and enforcement.