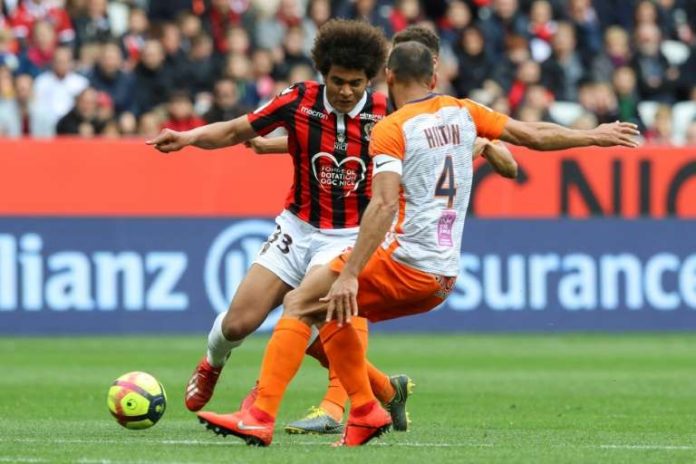 Nice have terminated the contract of 18-year-old striker Lamine Diaby Fadiga after he admitted stealing a 70,000-euro ($76,500) watch from team-mate Kasper Dolberg “out of jealousy”, the club said Tuesday.

1″My situation of failure contrasted with the success and aura of Kasper. I lashed out at him for no reason, perhaps out of jealousy,” Diaby Fadiga wrote on Twitter.

The arrival of Danish forward Dolberg from Ajax this summer relegated Diaby Fadiga to the under-19s, and he had also struggled with injury.

“Rather than fight on the pitch to give him competition, I acted towards him in a cowardly way. My actions were not guided by the lure of money, but by bitterness, frustration and the feeling of being discredited.”

Diaby Fadiga, a France Under-18 international, confessed to the theft last week and apologised to Dolberg, pledging to fully reimburse the Denmark international.

“Following the theft of Kasper Dolberg’s watch from the professional first team’s changing room, and the subsequent admission of the player, the club decided to cancel its contract with the 18-year-old forward with immediate effect,” Nice said in a statement.

“Above and beyond all sporting and financial consideration, OGC Nice cannot and will not accept such behaviour.”

Diaby Fadiga could however find a new club in the coming days, with Ligue 2 side Paris FC reportedly considering a move for the teenager.