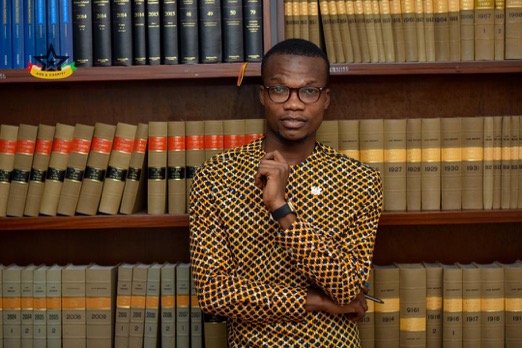 I grew up in a home that spoke critical of the first president of the Fourth Republic Jerry John Rawlings of the PNDC and later NDC. I got excited about his revolutionary leadership style that I later came to read and watch on tv but I also saw the bullet marks on the walls of our gate. I was told what the junta that he was responsible for did to my father, a technocrat, who’d amassed some wealth as one of Nkrumah’s right hand men.

But what should I believe as a young leader who took much inspiration from a man so fearful and controversial– the relics on the wall or the good propaganda about his rescue mission of an ailing economy. Moreso my father’s oral history goes undocumented even after his many patriotic services. I also wondered what exactly  Mr. Boom , as he J.J Rawlings was called, told my father in that telephone call whilst he was in exile in Lomè in the 1980s.

“Ojuku smuggled his way to the Aflao\Togo border. He stayed in Lomè to take refuge. He occasionally visited the United Kingdom, the US and Germany. He finally got on a telephone with JJ Rawlings. Rawlings explained the problem wasn’t from his government but from some individuals who were linked to the chieftaincy issues in Ningo and were calling for his head. He advised him not to be in a hurry to return home. According to one of his daughters who witnessed this period, Ojuku spent most of his exile life reading the Bible. Whilst in exile, he received updates from home. After a series of investigations and mediations, Ojuku was cleared of all charges. Also, the chieftaincy dispute was handed over to the courts. But his absence was costly because his opponents had a field day in the Great Ningo state whilst he was in exile”, I wrote.

I discovered many more shocking revelations pertaining the intentions of the former leader to carrying out the coup. There were fall outs in this exercise which led to the loss of  lives and many injustices. But these excesses as I read from one of my primary sources ( the Nartey White Paper on the President , WPP)  were that JJ Rawlings couldn’t have had control of all his men in his mission to ‘rescue the nation’. What this meant was those who had sinister motives against their friends, relatives, enemies, masters or serfs, used the bloody coup to settle scores. My father was one of such victims. His kind were called ‘kalabules’. They were the rich and affluent in the then society but their wealth were perceived as end products of the several years of robbing the poor ; so J.J claimed with his junta Ghana needed to empower the poor, the downtrodden and to rid the system of  corruption. The decree was each for one – a man must have one of everything including even wives. “But Ojuku had a fair share of wives and even greater wealth”, I wrote.

[In his first book, the political writer gets intimate for the first time with his late dad, W.G Nartey on his legacy for the Great Ningo state, controversies in his family but tells these within the larger Ghanaian politics of the day]

It is therefore legitimate for the coup-plotter J.J to be blamed for the sins of his men, a responsibility the young soldier openly accepted before the courts, decades ago.

I remember this legend for the three lessons among others that I discovered whilst writing this book :

1.That he was a leader but first a human. He may not have control over everything and every situation but that didn’t stop him from making his mark

3.The fight to making our nation great and strong has had many phases including the phase that hasn’t been told yet.

The revolutionary principles of the late J.J Rawlings and his compatriots must be taught as a leadership course in schools, as that may become Ghana’s true identity leadership.

Rest Well Guerilla. My brief search on you with respect to my father and family exonerated you before your demise.