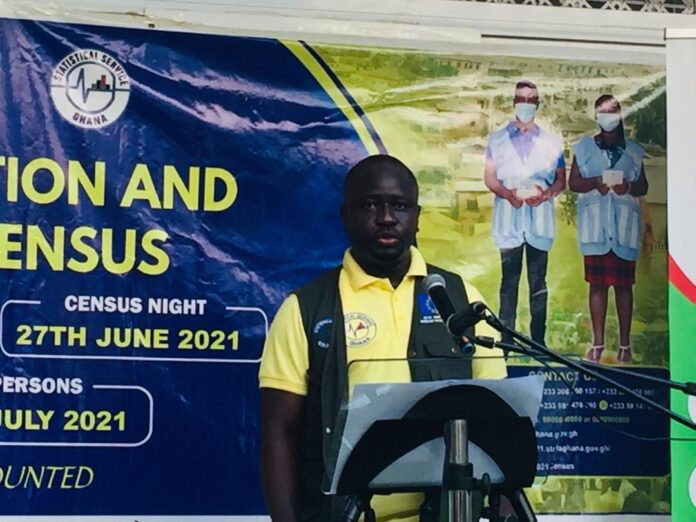 The Ghana Statistical Service (GSS) has disclosed it has received data on 85% of households in the country as of the 14th day of the exercise, July 11, 2021.

The data received has fifteen out of the sixteen regions above 80% with ten of them above ninety percent of data collected.

A statement by the GSS appreciating the public for its cooperation with census officials noted that “this figure ranges from 99% in the North East Region to 64% in Greater Accra Region.

“These numbers are based on the data transmitted electronically to Headquarters.”

Meanwhile, an initial mop-up period of 12th to 18th July has been scheduled to complete the work in the outstanding enumeration areas with enumeration continuing in selected districts who were unable to complete theirs by July 11, for a variety of reasons including “the unwillingness of residents to participate in the census, inaccessibility of respondents during the daytime and larger than expected populations in rapidly growing urban areas.”

The GSS further urged that “Census Management is appealing to the members of the public who are unwilling to be enumerated to cooperate with Enumerators and to persons yet to be counted, please make yourselves available by using the call-back card or informing your neighbors when you will be available.”