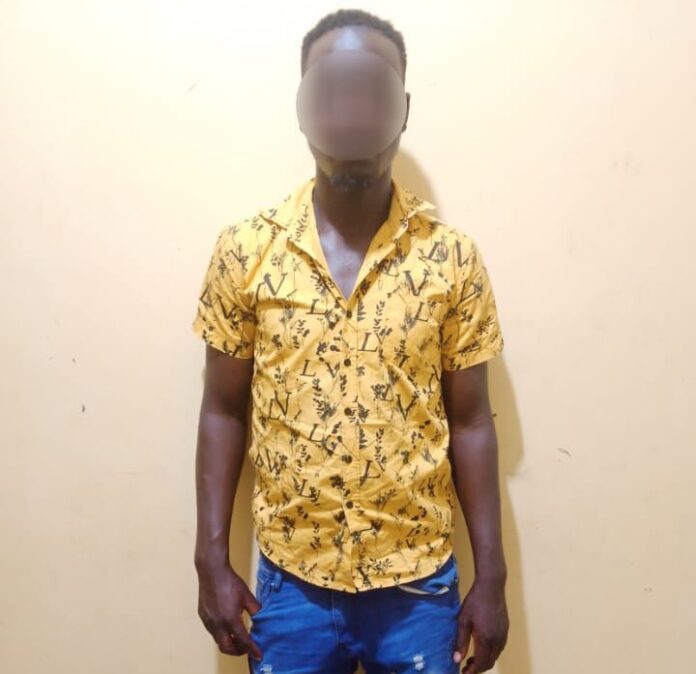 The Central Regional Police Command has arrested Paul Kwah, the driver in charge of an articulated truck which was involved in a fatal motor accident on 3rd August, 2022, at Eduagyei Village on the Cape Coast-Takoradi highway.

Preliminary investigation revealed that, suspect driver, Paul Kwah, was driving a Dad Flat Body Articulated Truck No. GM 2670-12, loaded with 850 bags of cement from Takoradi to Accra. On reaching Eduagyei village, he carelessly overtook some vehicles and collided head on with an oncoming Toyota Hiace mini bus No. WR 1347-17.

The driver and 11 passengers on board the Toyota Hiace vehicle have all been confirmed dead by a medical officer at the Cape Coast Teaching Hospital. One female passenger who survived the accident is responding to treatment at the same Hospital.

The Police in a statement said they working with the families of the deceased to assist in identifying the victims of the accident.

The statement cautioned “While we commiserate with the affected families, we continue to entreat all road users to be disciplined, responsible and demonstrate a sense of humanity and adhere to road regulations in order to avoid such preventable accidents”.