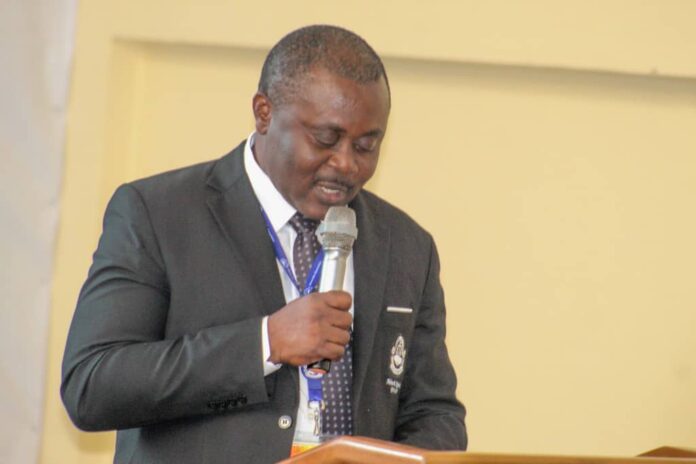 The President of the Ghana Bar Association (GBA) for the Volta and Oti regions, Lawyer Nelson Mawutor Kporha, has appealed to government to speed up the completion of work on the ongoing high court building for the Oti region.

The project which is sited at Dambai, according to the GBA President will aid in quick and timely delivery of justice when completed.

In an address at the opening of the annual conference of the Ghana Bar Association in Ho, Monday, Mr. Kporha indicated that there is one Court of Appeal in Ho, six High courts, six Circuit Court and nineteen District Courts in the Volta region.

He, however, added that, “The Oti region has one Circuit Court at Jasikan, and seven District Courts. It is our hope, Mr. President, that the only High Court under construction at Dambai for the Oti region will be completed and start sitting before the end of the year.”

The GBA President for the Volta/Oti regions also called on President Akufo-Addo and his government to build a new office complex and accommodation facility to be built for the office of the Attorney General in Ho.

“We wish to use this opportunity to call for a new office complex and accommodation t be built for the office of the Attorney General here in Ho.”

Mr. Kporha also revealed that the Association in the Volta/Oti regions has acquired a parcel of land for the construction of an office in Ho.

National President of the GBA, Lawyer, Yaw Acheampong Boafo in his remarks noted that the Volta region over the years has produced illustrious lawyers and jurists who have contributed significantly to the development of the nation.

He said, “It is therefore, significant that the first Regional Bar Centre of the Ghana Bar Association is to be built in Ho.”

The one-week annual conference of the GBA was officially opened by President Nana Addo Dankwa Akufo-Addo on the theme: Ghana’s democracy under the Fouth Republic -Gains, Challenges and Prospects.