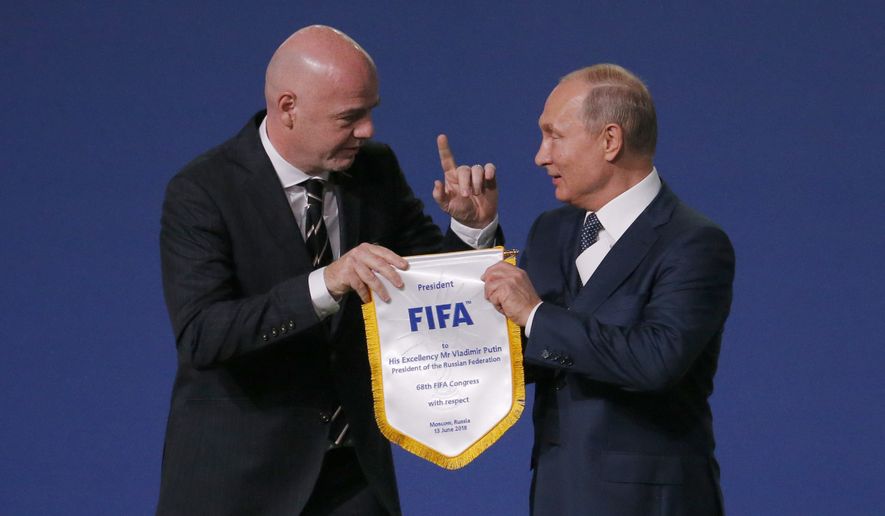 “Russian President Vladimir Putin said he would be glad to see all guests here in Moscow and certainly this concerns the guests from the United States at the highest level,” Mr. Peskov told journalists when asked if Mr. Trump could be invited to attend a World Cup match, the official Russian state news wire TASS reported.

Just a day before the 2018 competition kicks off with an opening match in Moscow between hosts Russia and Saudi Arabia, European media is feverishly debating which dignitaries will attend the monthlong tournament that concludes on July 15.

Some world leaders face a quandary — attend and possibly be accused of playing into Mr. Putin’s hands during a time of global tension over Russian activities, or decline and be seen as not supporting their home team.

According to German media, Chancellor Angela Merkel has yet to commit one way or anther.

Ms. Merkel attended the 2006 World Cup in Germany, which helped raise her profile. In 2014, however, she also went to more mixed reviews. Images of her cheering a German goal were praised back home, but she received criticism for photos of her sitting alongside Mr. Putin and FIFA’s disgraced former president, Sepp Blatter.