Chairman of the Public Interest and Accountability Committee (PIAC) Dr Steve Manteaw has called for an immediate end to the phenomenon where the president appoints head and board members of state-owned companies.

The call comes after the auditor general indicted the board of the Ghana Cylinder Manufacturing Company (GCMC) for astronomically and illegally increasing the monthly fees and sitting allowances for the chair and members between 2016 and 2017.

According to an audit into the operations of the company intercepted by Starr News, monthly fees have seen some 400% increment since the new board took over.

Commenting on the development on Morning Starr Wednesday, Dr Manteaw who is also a policy analyst with the Integrated Social Development Centre (ISODEC) said for the only way to prevent such developments is for the president to stop appointing heads of state-owned enterprises.

He told Morning Starr Host Francis Abban: “We seem as a country not to appreciate good corporate governance principles and so you have a situation where a chief executive officer is appointed by the president, a board chair and the board members also appointed by the president which makes it more like both the CEO and the board reporting to the same appointing authority.

“We need to move away from the situation where the president appoints CEOs at the same time appointing the board. In fact, it is even getting worse now because there have been reported instances where the president has appointment even public relations officers. I think we need to allow corporate governance to operate.” 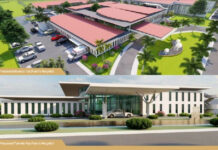 PDS: Confusion on how to fleece Ghana led to termination – Manteaw